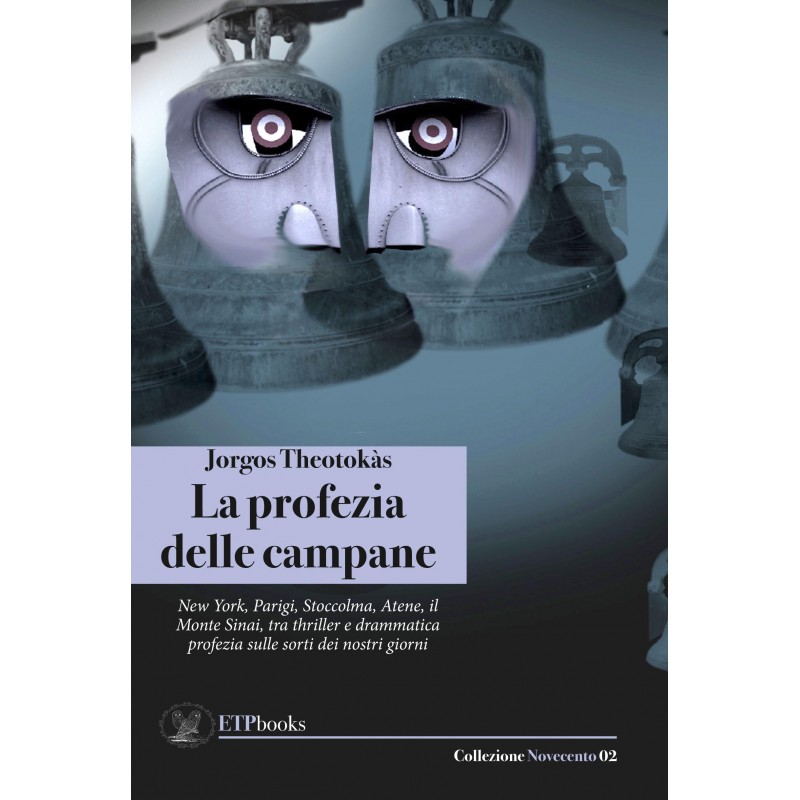 Kostìs Filomatis is an esteemed world-renowned economist and governor of the Bank of Greece. During a trip to New York, the heart of world capitalism, he meets the enigmatic Dr Schnack, a bizarre financial operator with a keen philosophical spirit. From that moment on, for the cold technocrat, nothing will be as it was before. The end to all certainties is accompanied, for Filomatis, by the discovery of a pure and unreserved love, and a series of prophetic visions that announce the end of Western civilization in the very places where it was born and continues to exist: after New York, Paris, Stockholm, Athens, Crete and Mount Sinai, on a journey through space and time in search of the ultimate root of evil. A book of disconcerting actuality and visionary power, The Prophecy of the Bells is considered one of the most significant works by Jorgos Theotokàs, a leading exponent of the literary generation of the 1930s. The author’s lucid thought is flanked by the disturbing charm of the images in this book which explore, from an eccentric point of view, the deep reasons for the crisis: then, now, and always.

Jorgos Theotokàs was born in Constantinople on 14 August 1905. After the Asia Minor Catastrophe and the subsequent exchange of populations between Greece and Turkey, the future writer’s family settled in Athens where, in 1926, he graduated in law. In 1927 and 1928 he continued his studies in Paris and London respectively, and in 1929 he returned to Athens. In the same year he became a lawyer and published the essay Spirito libero (soon to be published by ETP books), considered the manifesto of the literary generation of the thirties. Theotokàs’s real literary debut took place in 1933, the year in which the first part of the novel Argo was published. In 1939 the Academy of Athens awarded him the fiction prize for the novel To Demonio. After Italy’s declaration of war against Greece, he enlisted in the army and in 1948 he married the Byzantine Nafsikà Stergiou. He was director of the National Theatre of Greece from 16 February 1945 to 10 May 1946, and in the two-year period 1952-1953. From August 1952 to early February 1953 he lived in the USA. In 1960 he visited Egypt, Mount Sinai and Mount Athos. In 1961 he visited Lebanon and Syria, in 1962 Romania, the Soviet Union and Persia. In 1964 he was appointed member of the Board of Directors of the State Theatre of Northern Greece. In 1965 he visited Bulgaria. After the death of Nafsikà Stergiou, in July 1959, he married his second wife Κoralìa Andriadi in 1966. He died on 30 October 1966 in Athens.