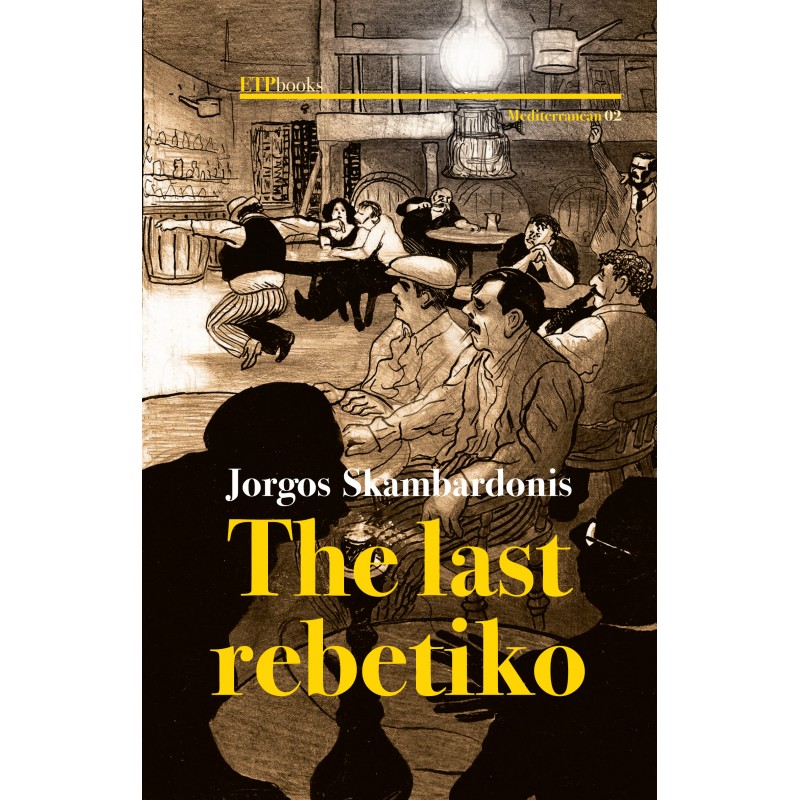 Thessaloniki 1942. Vasilis Tsitsanis, the last outstanding performer of rebetiko music opens an ouzo tasting bar, an ouzeri, in the centre of the city. It soon attracts lovers of rebetiko, police officers, black market traffickers, spies, informants and anonymous partisan fighters. The centuries old city is living out its last days. The German occupying forces have set in motion the deportation of the large Jewish Sephardic community, represented by Estrella, a young girl enrolled in the resistance and the love object of the narrator of the novel.

As it experiences its most difficult and decisive period in its history, the fascinating mosaic of Thessaloniki springs to life from the pages of Skambardonis’s novel. A mosaic made up of rebetiko, intrigue, love and betrayal set against the backdrop of a multi-cultural and multi-ethnic city which is on the verge of changing for ever.

Jorgos Skambardonis was born in Thessaloniki in 1953. After obtaining his degree in French Literature,

he has worked intensively as a journalist and contributor for newspapers, radio and television.