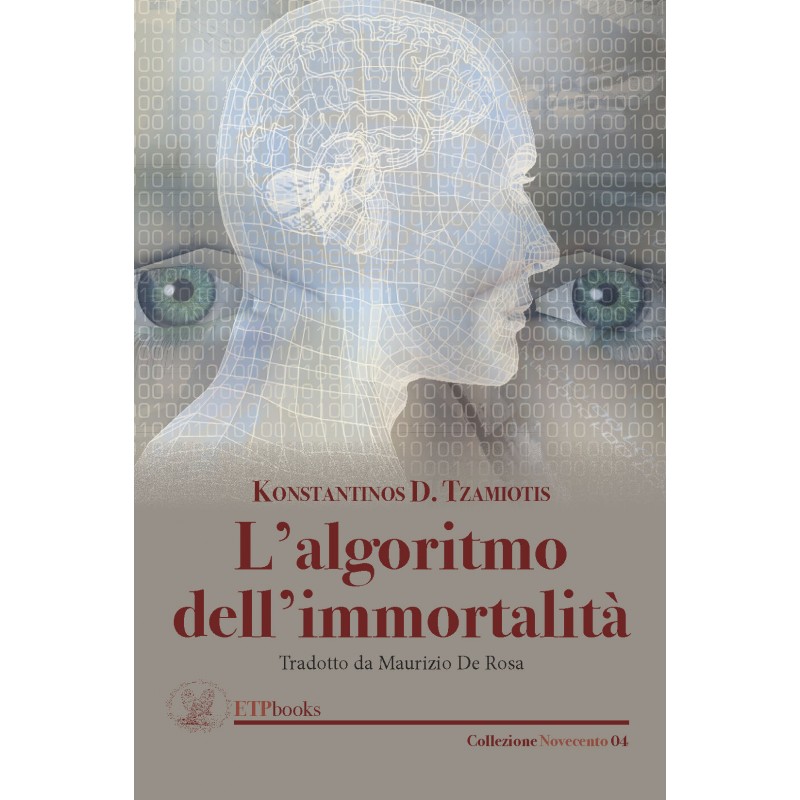 C. Aronte, the protagonist of the novel, is a highly specialized computer technician, and the company he works for offers customers the possibility of electronically reproducing their extinct loved ones using the sophisticated technique of holograms. But the unexpected, represented by the "human factor", is lying in wait. An elderly client dies of suffocation during a sumptuous lunch to which she has invited all her relatives in the form of holograms, who are unable to help her, while the daughter of another client, a very sick girl, becomes the object of C. Aronte’s desire, before C. Aronte himself becomes, in the guise of a hologram, the object of the girl’s desire. Oscillating between science fiction, a philosophical essay and a love story, The Algorithm of Immortality, the fourth book by one of the leading Greek authors of his generation, addresses issues such as the dialectic between form and substance, reality and fiction, between the need to love and be loved, and a reality often made up of loneliness, dominated by an inextinguishable longing for the fullness of being.

Tzamiotis is one of the foremost Greek writers of his generation, a leading exponent of an original mix of fictional and non-fictional writing who does not hesitate to confront himself with the great international authors and those of his own country. Tzamiotis’s main obsession is the complex relationship between spirit and matter, which exist only as a function of the other, and which find their unity in the human body. The elegy of the human body is, in the world of Tzamiotis, a symbol of the materiality of the spirit and the spirituality of matter, which has permeated Greek thought since the times of the Pre-Socratics, up to Kavafis and Kazantzakis.