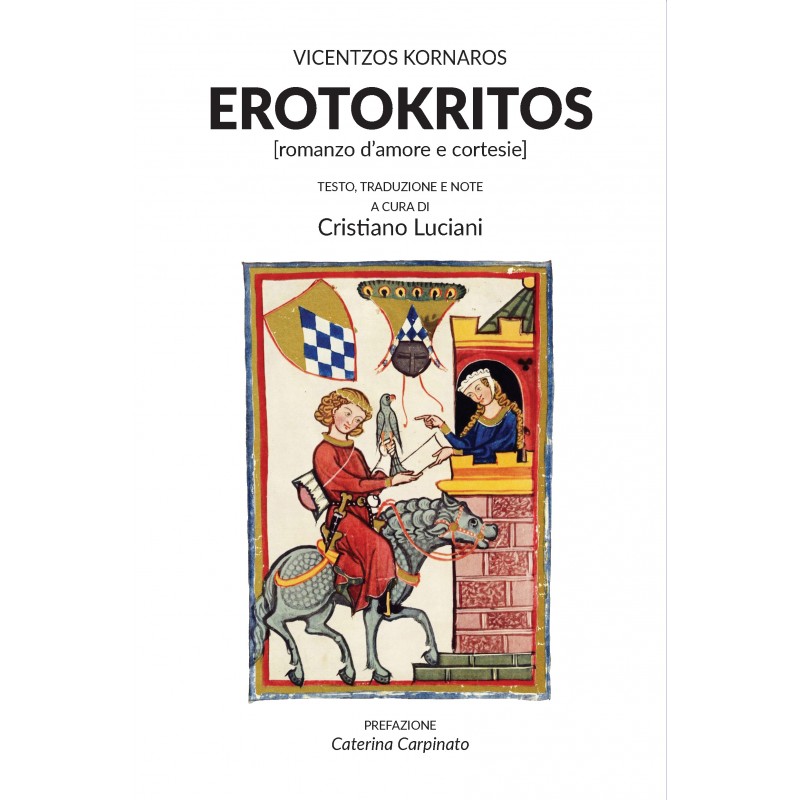 Erotokritos draws on the conventional plots of medieval romanticism but tempers the action by adapting it to Renaissance ways of thinking, elevating the Cretan dialect, in which it is written, to a sophisticated literary instrument of great expressiveness and musicality. While the poem has many features of drama and was clearly written by someone familiar with neoclassical conventions, it is nevertheless not a comedy, but narrative poetry. An important part of its artistic value lies precisely in the way it breaks with conventions in order to create something completely innovative. Stylianos Alexiou rightly referred to his “bold mix of genres”. We could add that there is another very popular Renaissance literary genre that makes its appearance with Erotokritos – that of the pastoral sketch or the idyll, which is represented here by the story of the Cretan Charidimos and his love for a young woman who he accidentally kills. Erotokritos is a highly structured work, innovative and stimulating in the way it incorporates elements from different genres, rich in images, lyricism and models of various kinds; a work that is at the same time both complex and sophisticated, but which maintains a close relationship with popular tradition.

Vikentios Kornaros, or Vitsentzos or Vincenzo Cornaro (Trapezonda, 29 March 1553 – Candia, 1613/1614), son of a Venetian-Cretan aristocrat and descendant of the noble Venetian Cornaro family, was a prominent poet of the Cretan Renaissance, preserver of the traditional Cretan literature in the vernacular started by Stephanos Sachlikis and pioneer of modern Greek literature.