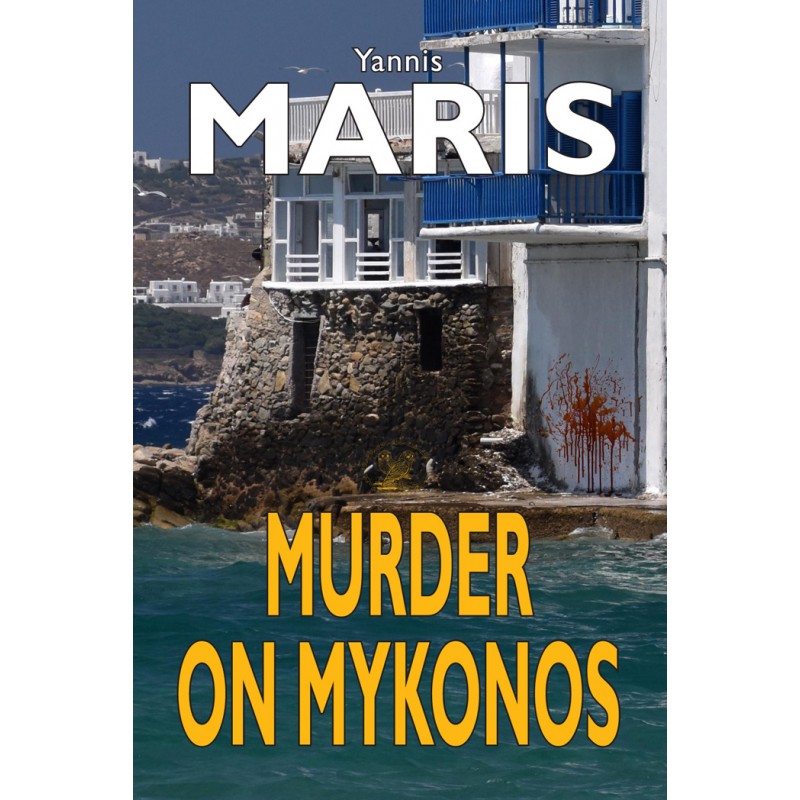 Mykonos in the mid-fifties… On the cosmopolitan Aegean island, destination of the international jet-set, secrets and lies that date back to World War II cast their shadows over the classic holiday scenario. The rich shipowner Taxiarchis, his trusted friend Charalambus, Lilian, Taxiarchis’ young and spoiled niece, the restless Daninos who searches for the truth about his father, the shy but resolute Eleni, the provocative Magda Antonescu and the shadowy Italian Marquis, Montebello Calvini give life to a fascinating plot that will keep the reader in suspense from the first page.

“Maris is the patriarch of Greek crime fiction. If his extraordinary stories did not have the luck they deserved, it was because of historical circumstances. Maris wrote at the wrong time and in the wrong place, in a country that considered crime novel series a B genre. Yet no other writer of the time was able to describe with equal vigour Athenian high society after the war and the undergrowth of informers who became rich during the occupation and civil strife. If he had written, say, in French, now he would be famous around the world.”

(Petros Markaris, in an interview with Lambrini Kozeli, in the weekly «To Vima», April 6, 2011)