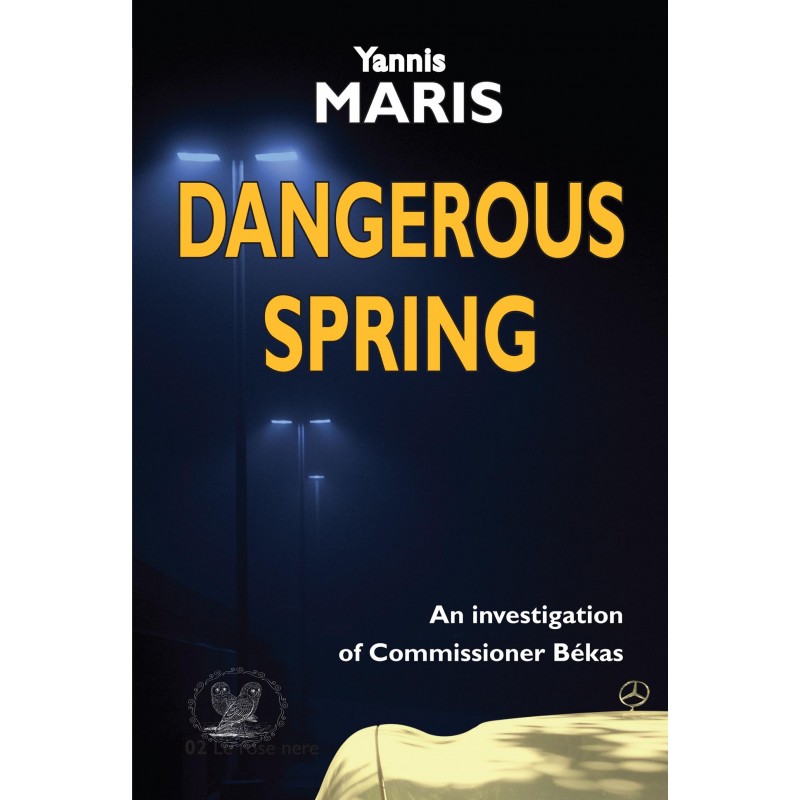 Athens, the spring of 1965. The esteemed Professor Lambrinos Andreas, one of the leading lawyers in the country and a prominent public figure, risks knocking down the young Olga Kazàsoglou with his car. The offspring of a wealthy Greek shipowner of the diaspora, Olga begins a game full of charm and ambiguities, which puts a strain on the quiet certainty of the staid professor. The discovery of the girl’s corpse in Lambrinos’ country house is a shock for him, as it is thanks to her that he was able to glimpse an alternative to his life. A few days later Olga’s stepmother, Asklipios Rena, is found murdered. The mystery deepens: who murdered the two women and why? The reader’s questions are answered by Georgios Bekas, the most famous commissioner of contemporary Greek literature, embarking on his first adventure.

“In the fifties and sixties, along with Leonardo Sciascia, Yannis Marìs was one of the first authors in Europe to understand the social dimension of detective stories”.