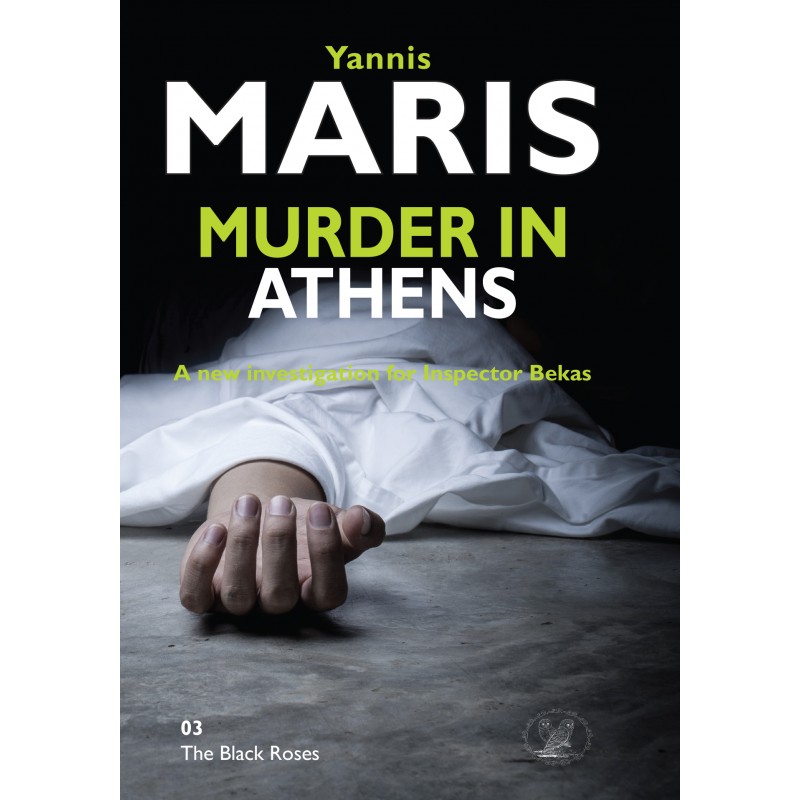 Athens 1953. Financier Kostas Floràs is accused of the murder of painter Nassos Karnezis, found dead in his apartment in the exclusive area of Kolonaki. Floràs’s son from his first marriage, Dimitris, convinced of his father’s innocence, together with two friends, a journalist and the other a former member of parliament, try to discover who the real murderer is. In the beginning they suspect Mirtò, the daughter of an admiral that Karnezis had handed

over to the Germans during the Nazi occupation and who was subsequently killed. However Dimitris and Mirtò, who proves to be innocent, fall in love while the darker side of Karnezis, involved in a smuggling ring is revealed. Juliette, Karnezis’s lover is found murdered. Dimitris and Mirtò likewise face death but are saved as a result of the intervention of Inspector Giorgos Bekas.

Provided one goes along with the author, the modern reader will discover several interesting aspects in the works of Yannis Marìs. First, is the inventiveness of his stories which has led one of his most credible imitators, Petros Màrkaris, to point out, “Jannis Marìs belongs to the European avanguardia in terms of detective stories. He was one of the first to understand the potentiality of the crime story to also deal with social aspects […] The only other writer who is a contemporary of Marìs who has written socio-political novels set within a detective story is Leonardo

Sciascia”. To read Marìs is, in other words, to read a relatively unknown yet significant author who, had he written in a more prevalent language, (accoring to the claims of Màrkaris) could have become a cult author beyond Greece, and who made a significant contribution to the detective genre in its ‘Mediterranean’ version.