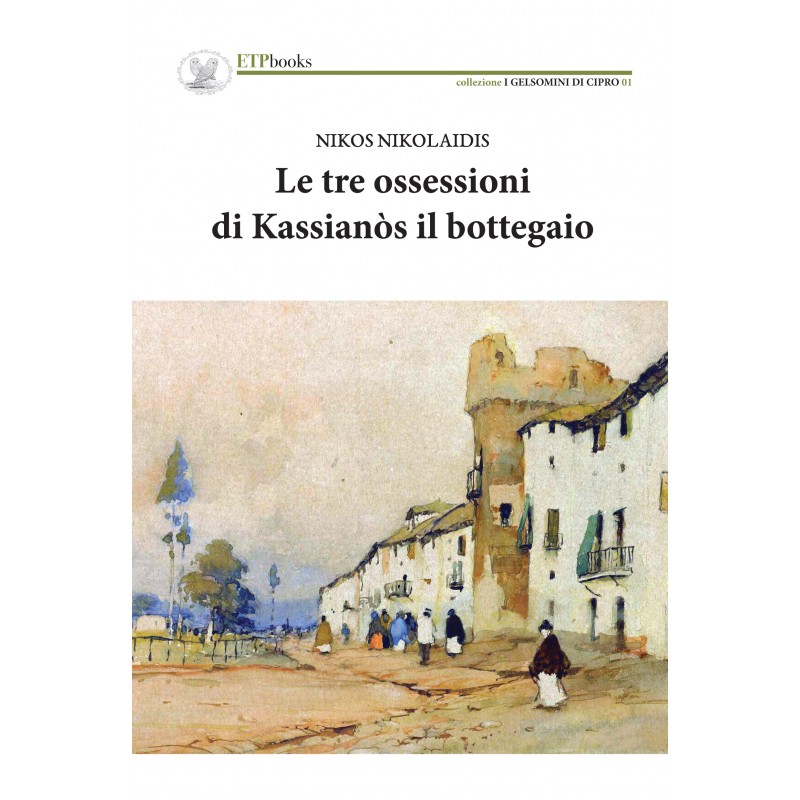 In an attempt to be accepted by the society of his island, Kassianòs the shopkeeper must come to terms with his three obsessions: poverty, loneliness and the procreation of a child in order to guarantee a life beyond life and secure his heritage. In a Cyprus dominated by English colonization and marked by the coexistence between Muslim Turks and Orthodox Greeks, the parable of Kassianòs from childhood to death stands out vividly with the strength of the great characters of European realist literature, up to the tragic conclusion. With The Three Obsessions of Kassianòs the Shopkeeper, Nikos Nikolaidis, the greatest contemporary Cypriot writer and one of the most important authors in the Greek language of the twentieth century, presents himself for the first time to the Italian reader with the disconcerting charm of an artistic researcher capable of plumbing the more inaccessible abysses of a man psychologically marked by economic, emotional, spiritual and sexual deprivation, who launches a scream of pain of extraordinary aesthetic and symbolic power.

Nikos Nikolaidis, also known as Nikos Nikolaidis of Cyprus, was born in Nicosia probably in 1884 and died in Cairo in 1956. Orphaned at an early age, he devoted himself professionally to sacred painting. He travelled extensively and in 1923 he settled in Cairo. He was the author of plays, novels and short stories that have secured his place as the greatest Greek-Cypriot author and one of the greatest exponents of the Greek equivalent of realism. The Three Obsessions of Kassianòs the Shopkeeper (original Greek title Τα τρία καρφιά) was published for the first time in 1948 and is presented for the first time in an Italian version.