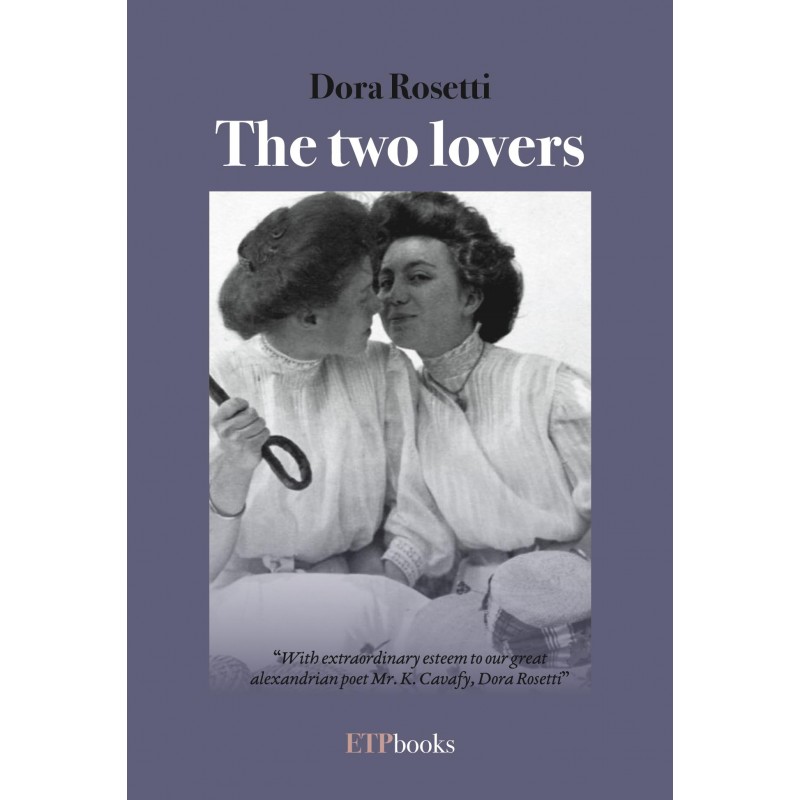 Two young women, a student named Dora and the liberated Lisa, meet each other in Athens in the late twenties and fall in love. Dora, the more introverted and thoughtful of the two, chronicles their doubly tormented love in diary form; primarily because of the social and temperamental differences between the two girls and secondly because theirs was a homosexual love in a rigidly heterosexual society. Dora Rosetti, both author and main character of the book, uses an uninhibited style and throughout her diary continuously makes reference to sexual promiscuity and drug use. The novel, published in 1929, was praised for its originality by the famous critic Grigorios Xenopoulos but soon fell into oblivion probably to avoid a scandal. In the early twenty-fist century the literary historian Christina Dunia discovered two copies of The Two Lovers, the fist in Lesbos in the personal library of the painter Takis Eleftheriadis and the second in the personal library of Constantine P. Cavafy.

This enigmatic author, Rosetti, wrote the first modern Greek novel dedicated to an impetuous love story between two women, in the literary guise of a shabby feuilleton. The mystery of the book, but not its author, was only resolved at the beginning of the new millennium thanks to two copies that were found, fortuitously, by Christina Dounia, a scholar of the Greek literary generation of the nineteen-twenties. The clues inside the book, however, end here. To reopen the “Rosetti case” in 2006, was the writer, independent researcher and LGBT activist Eleni Bakopoulou. The latter, in two successive editions of the Athens Cultural Magazine Odos Panos (132 of April-June and 133 of July-September), and in an essay released in 2012 entitled My Friend Dora Rosetti (Editions Odos Panos) believes that he has identified the mysterious writer in Eleni-Nelli Kaloglopoulou-Boyatzoglou, born in Alexandria in 1908 and died in Athens in 1989.  But a air of mystery still continues to surround the figure of the enigmatic writer, who for half a century has been able to keep the secret of her identity.