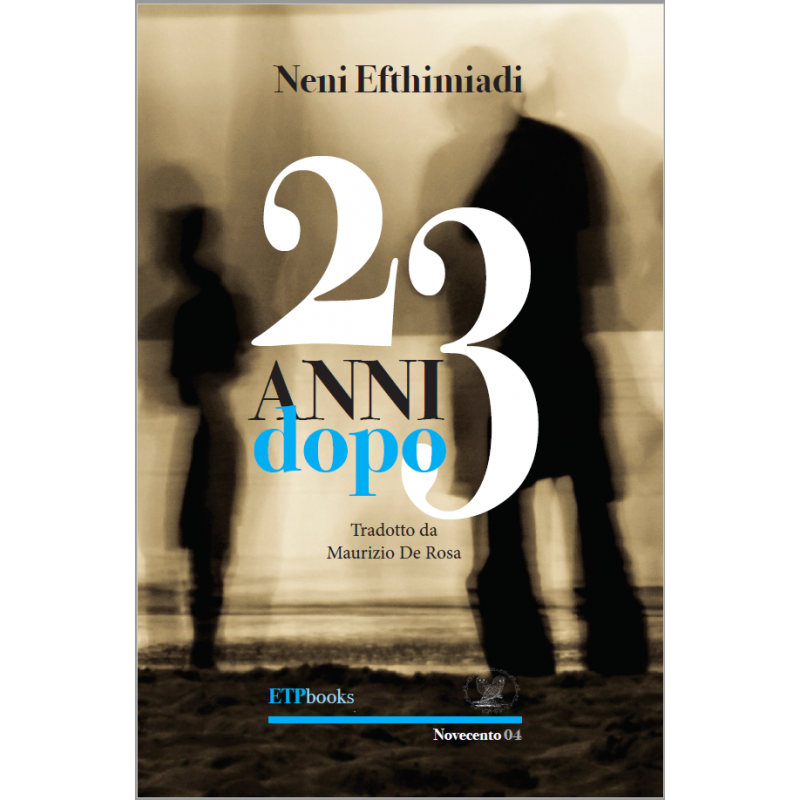 After many years, a group of friends, united by their complicity in a robbery after which they never met again, find themselves in a house by the sea in the summer. Summoning them again is the Chief of the previous time with the proposal to organize a new robbery. The story, told in the first person, and therefore subjectively by each protagonist, with the passing of the pages assumes abnormal dimensions, bordering on a form of delirium. Because nobody is really what they seem to be and not even the famous robbery, the founding myth of the life of each “adventurer”, really took place as everyone had believed; until the enigmatic, disconcerting ending, which comes at the end of a morbid labyrinth of thoughts, hypotheses, conjectures, secrets and lies. Neni Efthimiadi, one of the most original authors of contemporary Greek literature, who died in 2008, using the genres of the detective novel and the spy-story reflects on the end of ideologies, on the opportunism of today's society, on the cynicism that shapes human relationships in this this glimpse of the strong transition between two centuries and two millennia. The hyper analytical, sarcastic, at times grotesque style contributes to the creation of an atmosphere full of doubts, which reflect the tautologies and contradictions of postmodernity while maintaining the interest of the reader from the first to the very last page. In Efthimiadi’s book, the characters never express their real intentions. However, they try in every way to self-determine their lives in their relationships with others. Their fragmented and broken egos cannot help but undergo a ruthless analysis, which however, instead of knowledge, leads to an abyss of introversion unable to truly reach the definition of a certain identity, of a centre of gravity around which one can organize one’s own individual experience.

The author: Neni Efthimiadi was born in Athens in 1946, where she died in 2008. She published 11 novels and numerous short stories, some of which have also been translated into anthologies abroad. Her 1993 novel, Citizens of Silence, was translated into Italian by Crocetti Editore. She is considered by Greek critics as one of the most important contemporary writers.