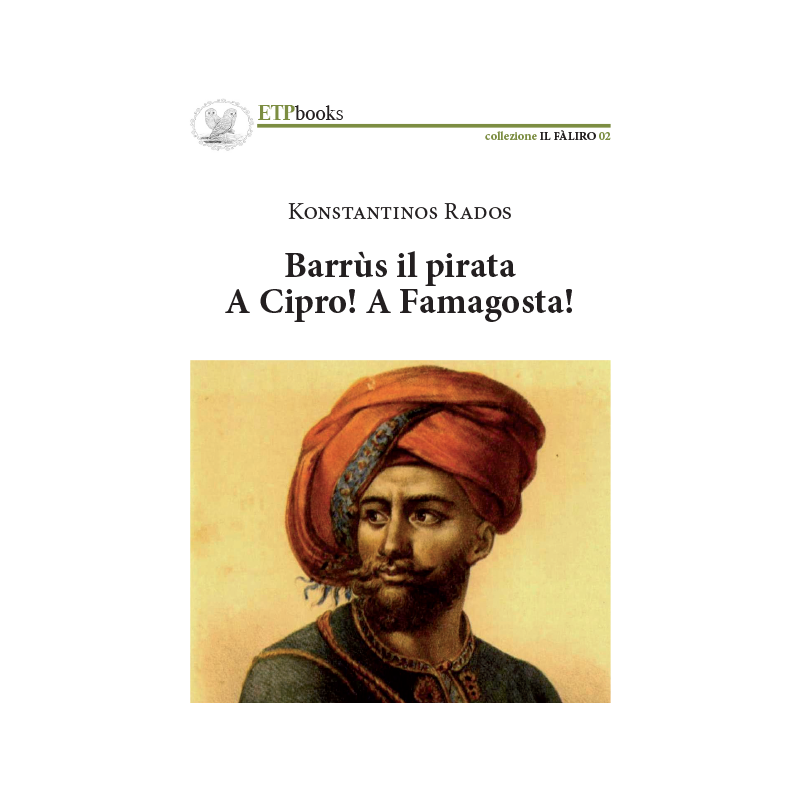 In 1828, while the war of independence against the Ottoman rule broke out in Greece, Russian, French and English ships rushed to the Aegean Sea coming to the rescue of the freedom fighters. Alongside them, on the somewhat fluctuating border between heroism and personal gain, fleets of adventurers of various kinds sailed the waves of the ancient sea, in search of enrichment and glory. The most fearsome was Gheorghitsis Barrùs, the pirate of the fortress-island of Garabusa, in northern Crete, who after having sunk a Dutch ship and kidnapped the sweet Chrisò, met his fate paying the price for his wickedness. Love, betrayal, naval battles, sacrifice and acts of heroism compose the mosaic of a vigorous narrative that constitutes one of the highlights of Greek narratives of naval life and adventures. The book also includes the short story To Cyprus! To Famagusta! set in Cyprus at the time of General Marco Antonio Bragadin.

Konstantinos N. Rados was born in Athens in 1862 to a family originally from Epirus which, at that time, was still part of the Ottoman Empire. After graduating in law in Athens, he worked as a journalist in Athens and Bucharest. He returned to Athens and became secretary of the Council of Ministers and Professor of Naval History at the Military Academy. He later assumed the chair of History at the University of Athens and in 1923 he resigned in order to devote himself to writing. He was the author of numerous essays on naval history and archaeology and naval tactics. In addition to his scientific interests, Rados enjoyed writing tales of the sea. His first volume of short stories was published in 1910 and two more were added in 1930. He died in Athens in 1931.