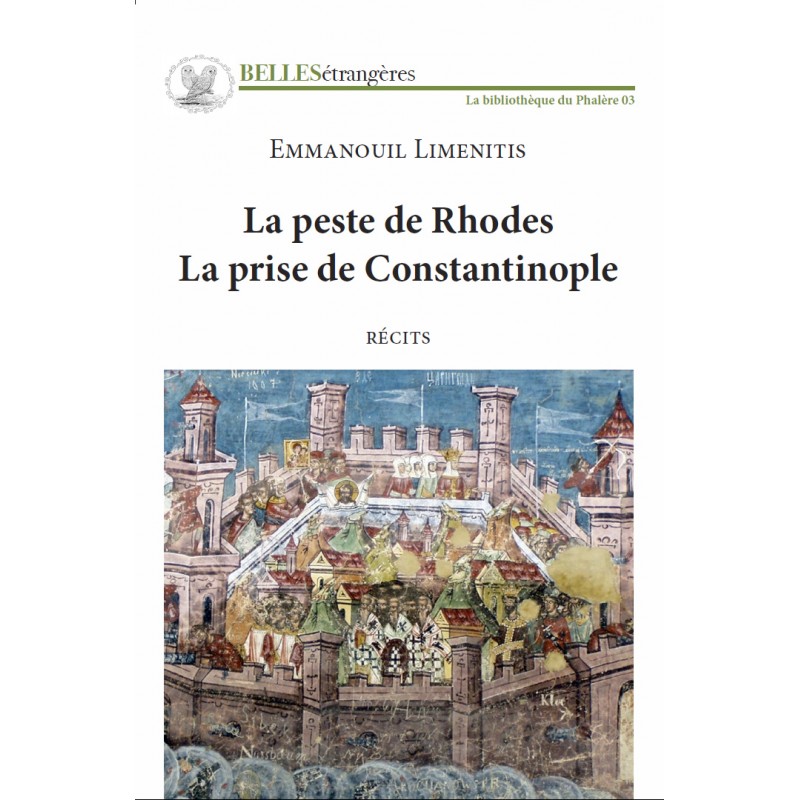 The Plague of Rhodes was born from the direct experience of the author, who survived the terrible plague epidemic that scourged Rhodes between 1498 and 1499. The vivid description of the suffering of the population, and the nostalgic memory of the prosperity and elegance that characterized the life of the inhabitants before the plague, alternate with more general moral and instructive considerations, whose goals were to bring men back onto the right path at a time when pestilences were attributed above all to the wrath of God, unleashed by the sins of men. The direct grip on the facts, the moralizing tendency and the personal references, which transform Limenitis into a character of his own work, render the text very similar to a modern journalistic article, whose task is to immediately convey to the readers the facts and states of the souls of the main characters. As involving is The Taking of Constantinople. Here the author spares no criticism of the Western Christian powers and he believes he recognizes in the fall of Byzantium, as well as in the Plague, the punishment for sins and for discord that characterizes the conduct of Christians, as opposed to the harmony and unity of the intentions of the Ottomans. At the same time, the author invites the Western powers to join in a crusade to stop the advance of their enemies and restore the ancient empire. The figure of Basileus Constantine stands out above all for his tragic nature, the last emperor of the Greeks, who witnessed the terrible fate of experiencing the end of the empire.

Emmanuìl-Manolis Limenitis, author of the works that we present here for the first time in Italian, was born in Rhodes around 1430 and died there sometime after 1500. He was also the author of The Story of Belisario. Based on information provided by the author himself in The Taking of Constantinople, it can be concluded that Limenitis travelled at length in the Balkan Peninsula and stayed in the Peloponnese. Apparently, he had pro-Western and pro-Catholic sentiments, and in his works, he does not overlook the anti-Turkish controversy. In The Plague of Rhodes he states that his father was called Gheorghillàs, a name that was once considered the surname of Limenitis.