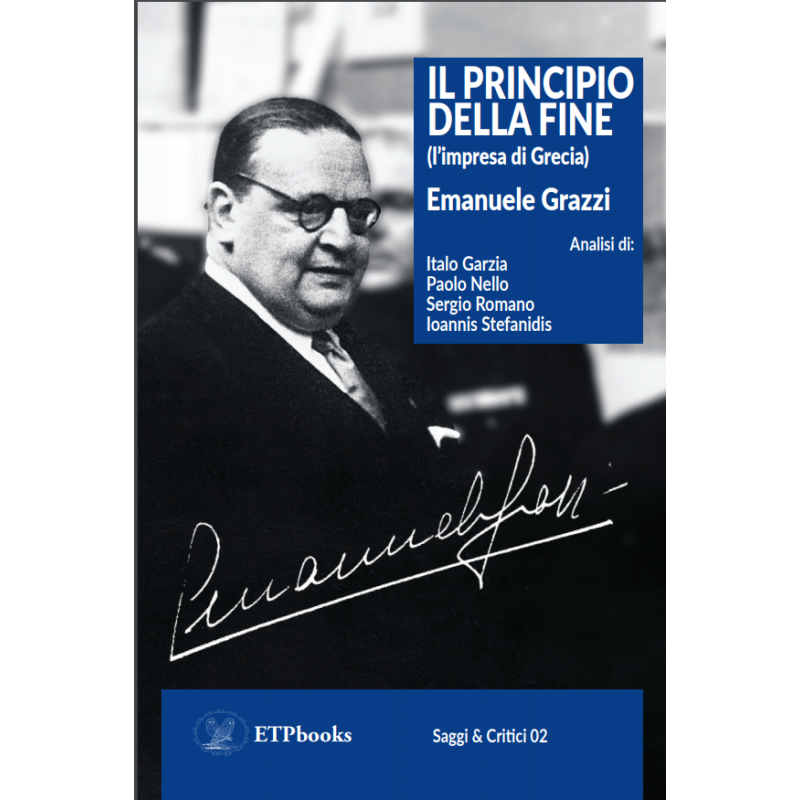 The story of Emanuele Grazzi, Italian Ambassador to Athens from 1939 to 1940, tells of the year in which the policy of the fascist regime definitively lost all contact with reality in the vain attempt to try to respond in fact to the lightning and devastating German advance in Europe, thus seeking, in the belief of certain victory, to be able to sit with dignity at the table of the victorious. The first step of this reckless journey was the Greek affair, which began with hopes of renewed friendship after the somewhat difficult precedents following the First World War and ended with the fateful ultimatum of 28 October 1940 that Grazzi, at 3am in the morning, delivered to Metaxàs.

It is the story of how Italian politics had lost any reference to reality, the story of how a certain uninformed bravado ignored the evidence to throw itself, unconsciously, at the wrong time, into a conflict against a Greece which, instead, had found in this moment compactness, spirit and vigour, so much so as to drive the invading Italians across the border.  Grazzi narrates all the precedents, living as an astonished protagonist, often unaware, forced to chase directives that did not come from Rome or trying to justify clumsy actions and in the meantime, trying to best serve that State that he realised with great pain, was unprepared and one which was continually improvising.

Born in Florence on 30 May 1891, he graduated in law from the Royal University of Pisa in 1911. He was appointed Consular Attaché and destined for Tunis in 1912. He returned to the Ministry in 1913 and was subsequently assigned to Helsingfors; first as the Italian Delegate and then in charge of affairs in the inter-allied Economic Committee (1919). He was then sent to Berlin to the Political Commissariat in Germany. He was Regent of the Consulate of Berlin in 1920 and assigned as Consul in Florianopolis in 1922. In 1924 he returned to the Ministry. He was transferred to Toulouse in 1925 and in 1927 to New York as Consul General. He was Chargé d’affaires in Guatemala in 1932, and in 1934 he returned to the Ministry and was assigned to serve in the press and propaganda division. He was appointed General Manager of the Foreign Press Service in 1935. In 1939 he was transferred as Ambassador to Athens from where he returned following the beginning of the conflict. In 1943 he was sent to Belgrade. In 1944 he was sent to Budapest where he remained only a few days. He ended his career at the end of 1947. He passed away in 1961.