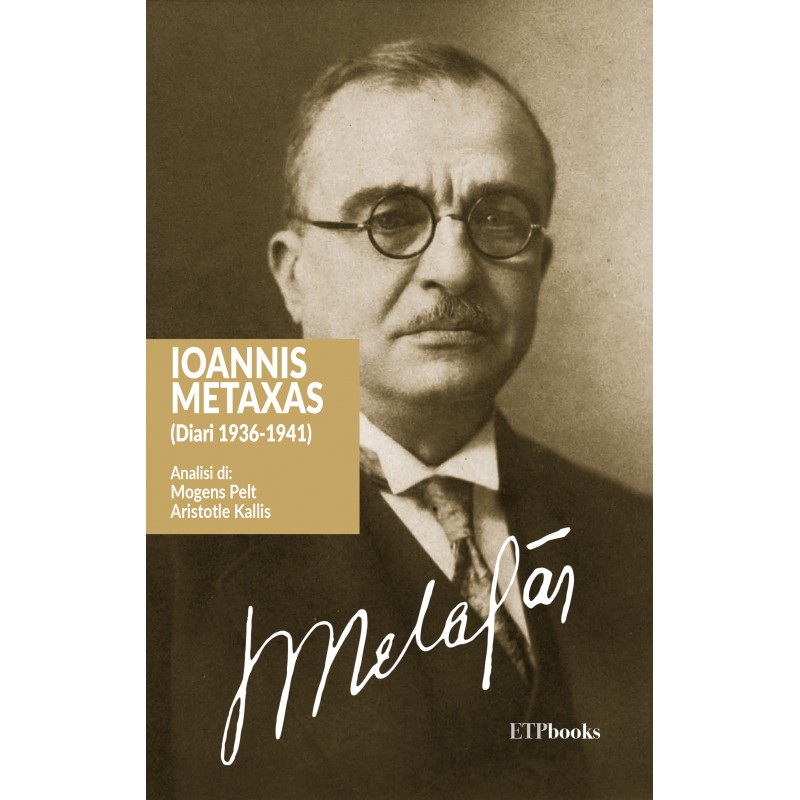 The publication of part of the Diaries of Ioannis Metaxàs collected here, those ranging from 1936 to 1941, provides the opportunity to revisit the period preceding the Italian attack on Greece in 1940 from a Greek perspective, offering a series of indications that clarify in what terms it received and responded, in the years immediately preceding, to Italian flattery and threats; Greece actually no longer had any doubts as to what to expect following the Italian invasion of Albania.

This document is also a primary complement to the memoirs of Ambassador Grazzi (The Principle of the End: the Company of Greece, ETP books, 2018), together with which it is possible to reconstruct, through the voices of the two protagonists of those events, an exhaustive picture of the facts preliminary to the conflict.

Likewise, the Metaxàs Diaries offer a detailed report on the complex diplomatic relations between Greece and the other Balkan countries. These relations were articulated in a complex interweaving of alliances and proclaimed non-interference, which allowed Greece to protect its military and economic fragility from that tinderbox made up of countries still subject to the precarious consequences of the Balkan wars.

And finally, the Diaries represent a valid tool for examining the figure of Metaxàs, still investigated today by international scholars due to the nature of his dictatorship, regarding which the characteristics of the debate have not ended.