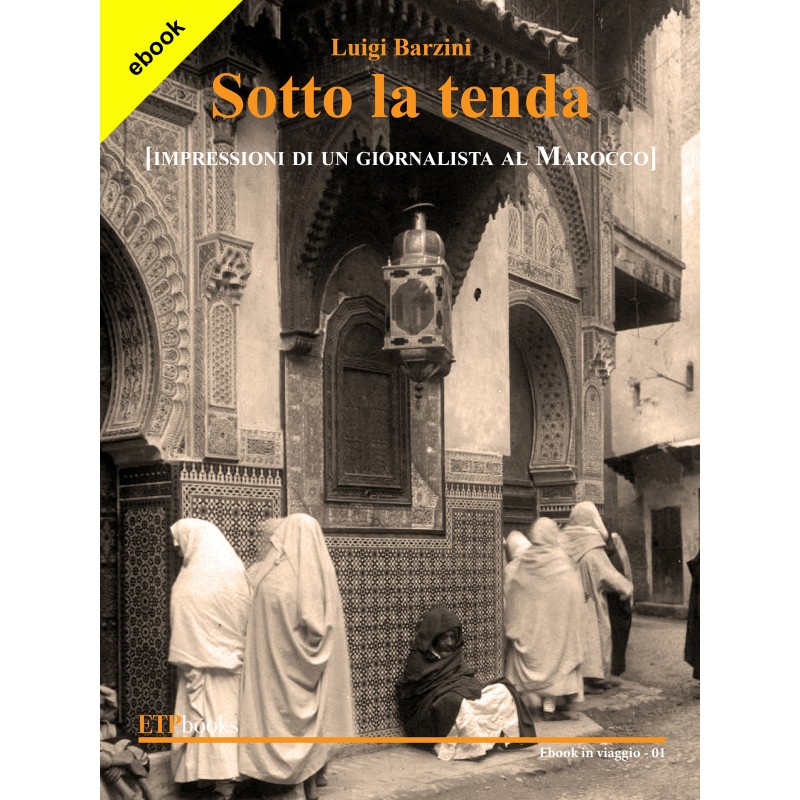 Morocco, 1906. Luigi Barzini, correspondent for Corriere della Sera at the Algeciras Conference in Spain, decides to embark on an adventurous journey by land from the coast to Fez, one of the imperial cities. In a country where outside the city the world is organized by local tribes and peace is in the hands of the Kaid, we witness the millennial habits of a people unfold that seem so far removed from Europe of the early twentieth century. A story that in one breath travels through deserts and villages lost in time, drawn by the skilful and effective pen of a careful voyager. Luigi Barzini was the author of numerous travel reports, the most famous of which tells of the Paris-Peking car race in which he participated. An outstanding journalist for Corriere della Sera, once again he offers us an authentic and lively portrait of a land that was still envelopped in mystery. His careful and effective narration sometimes resonates with the Italian of the time, sometimes slipping into some rhetoric form of Italian propaganda, descendant of that national identity that at the time distinguished every European country and that today must be read and enjoyed with a soul predisposed to understanding not only of what is said but of the spirit that moves certain observations.

PLEASE NOTE: The text is available in both Epub and Mobi format. The files are not on the site but will be sent to the buyer within 2 hours from the time of purchase between 08.00-20.00.