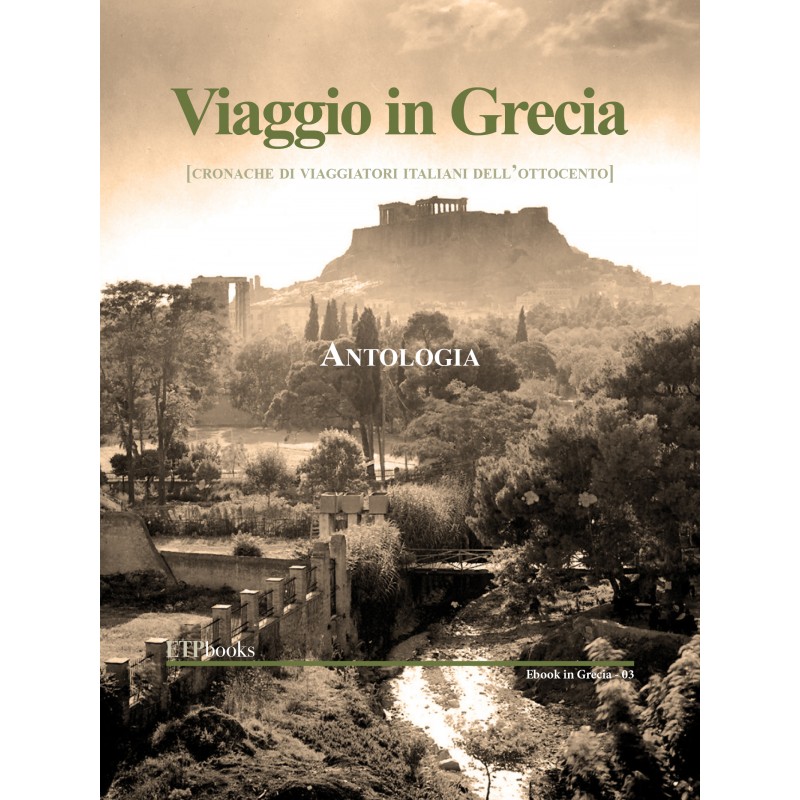 Greece seen through the eyes of some nineteenth-century Italian travellers transforms into an amazing discovery and a desire to enter the very cradle of civilization. Alongside the most famous travellers from other countries including Poqueville, Lamartine, Chateaubriand, Schiller or Schliemann, Italian travellers - if not driven by scientific and above all archaeological reasons or, especially, by libertarian yearnings that saw them participate in the war of independence that took place in the country between 1821 and 1831 - have almost seem to have been forgotten. Yet many of them were protagonists of seriously adventurous journeys far beyond that sense of adventure already inherent in sea travel at that time or on horseback among remote mountains often populated by brigands. Among the many adventures, we gaze in wonder on the classic beauties: Delphi, Thebes and Athens appear before us suffused with that sense of mystery that today we can hardly perceive due to the now urbanized environment that contains so many ancient wonders. And, if that were not enough, the descriptions of the constant health checks in every port, quarantines and visas to be obtained. Exciting stories where the wonders of antiquity are entwined with a still heterogeneous population, surrounded by hills, countryside and mountains full of myths, gods and a rich history that alternate with poor villages where poverty forms a dramatic contrast to history.

PLEASE NOTE: The text is available in both Epub and Mobi format. The files are not on the site but will be sent to the buyer within 2 hours from the time of purchase between 08.00-20.00.