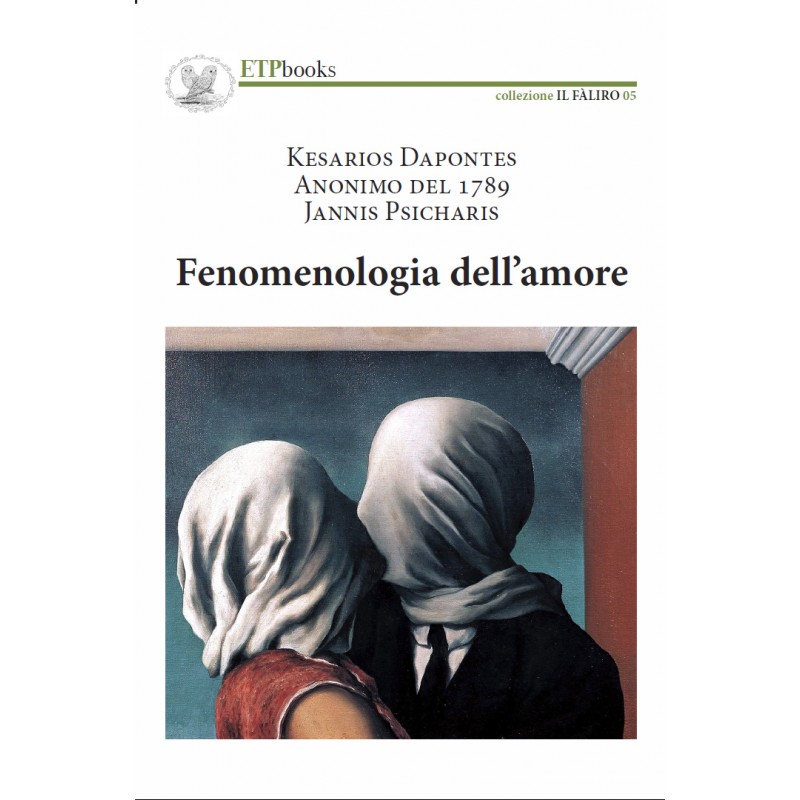 The anthology opens with an excerpt taken from the didactic poem Garden of Grace by Kesarios Dapontes which draws on some stories of “strange loves” from the rich mythological and novelistic heritage of ancient Greece: of human beings towards statues, objects or animals, of animals towards human beings and vice versa.

The second text, called Anonymous of 1789 by philologists, is considered the first neo-Greek text in prose, born during the cultural climate of the neo-Greek Enlightenment, as the references and Voltaire and Diderot demonstrate, and the licentiousness of the style, unusual even for Western Europe of the time.

Lastly, The Kiss, the text of a lecture given by the linguist Jannis Psicharis in Athens in 1893. The text, of great originality and insight, moves with ease among 25 centuries of European culture, from the tragedies of ancient Greece to Baudelaire, Catullus, Tibullus, the Palatine Anthology and Dante. This research, or the phenomenology of the kiss, thus also becomes a fascinating journey through European culture.